Quality begins on the Farm

Our family has farmed in Wiltshire for many generations. Born and raised at Sandridge Farm, I followed in my fathers footsteps, and today grow mostly grain on 350 acres. This grain, together with yoghurt, beer and cider yeast are milled at the farm, providing a well balanced diet for our pigs, free from artifical hormones, growth promoters and routine anti-biotics. 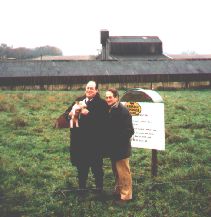 The Wiltshire Cure method of curing was developed by the Harris family of Calne in 1840's. Twenty years ago when the last Bacon factory in Wiltshire closed, we were sad to see the ending of a tradition in the county and concerned to loose the last local purchaser of our pigs. Everyone we spoke to lamented the lack of decent British Bacon and since we already cured our own Hams, we seized the challenge and began to cure Bacon and Ham commercially. Naively we looked at the closing factory for equipment, but the massive slicers and injectors had no place in our cottage industry, instead I found staff. Manager Paul Clapp brought a lifetime's knowledge, I asked him to turn back the clock and cure bacon without adding water, the way he did as a boy. And so Sandridge Farmhouse Bacon was born. The business is growing, we have several drivers delivering to butchers, caterers and shops in neighbouring counties and our name is recognised for our good tasting bacon.

A few months ago we had visitors to the farm, Sir Terry Wogan and Mason McQueen were filming for their new series 'Terry and Mason's Great Food Trip.' They were thoroughly charming and we enjoyed showing them around. The Devizes episode will be shown on BBC2 Tues 1st September 2015 at 6.30pm, or catch it on BBC iPlayer 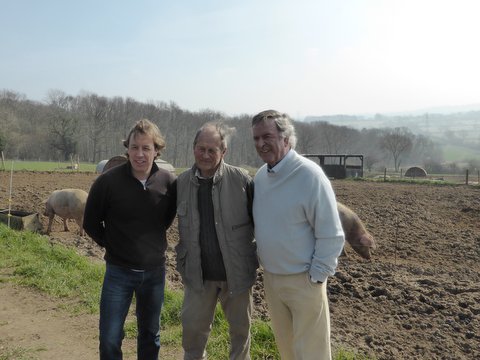